Czech defender Ondrej Kudela, banned for 10 matches for racism, will appeal to the Court of Arbitration for Sport (CAS) after UEFA rejected his appeal, his lawyer Rene Cienciala said on Thursday.

Czech Republic coach Jaroslav Silhavy left a spot open for Kudela when he named his Euro 2020 squad on Tuesday, but after the payer lost his appeal on Wednesday will have to name someone else.

“I regret being deprived of taking part in the Euro, but I want to clean my honour, so we will continue to fight,” Kudela said in a statement issued by his legal team.

The 34-year-old allegedly uttered a racist insult towards Kamara during a stormy last-16 tie, won by Slavia.

Kamara a Finnish international of Sierra Leonese origin was given a three-game ban for assaulting Kudela in the tunnel after the match.

The incident caused uproar in the Czech Republic.

The Czech president’s office even said it had complained to UEFA over Kudela’s ban, saying the ban was “only to fulfil the perverted expectations of a narrow group of activists” and signified “ridiculous bowing to silly trends”. 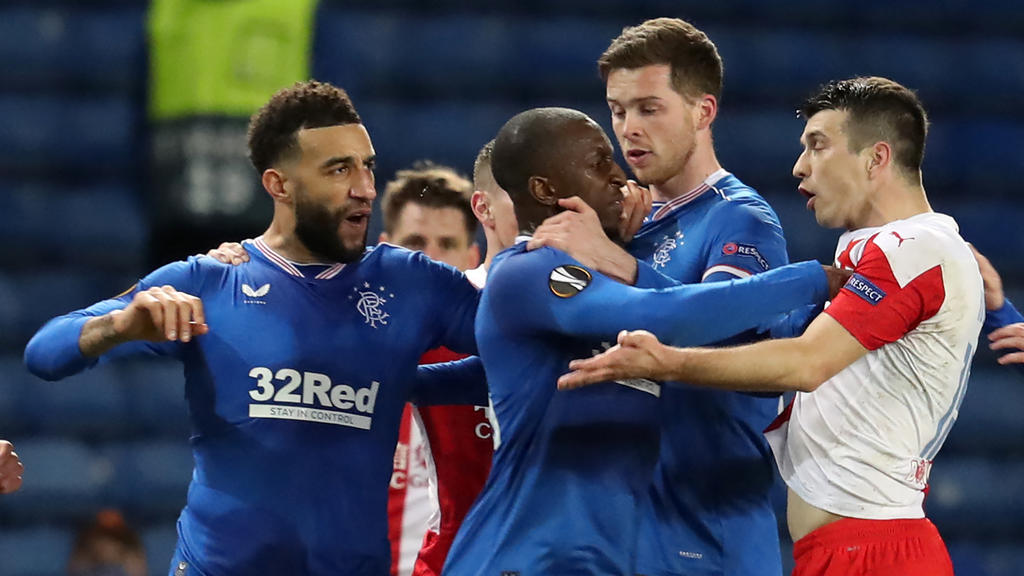