A special goal by Aleksei Miranchuk allowed Russia to kickstart their Euro 2020 campaign with a 1-0 win over Finland in Saint Petersburg on Wednesday, but the game was marred by an injury to Mario Fernandes.

Miranchuk, of Serie A side Atalanta, produced a glorious finish in first-half stoppage time for the only goal of the game between the neighbours in Group B.

It blows open the section after Russia, one of nine participating nations at the Euro playing matches at home, had lost 3-0 to Belgium in their opening game at the weekend.

“We’re happy with the plan, the players did what I asked them to do. We had to create chances, and we did.”

Russia’s final group game will be in Denmark next Monday, while Finland should again have a sizeable support behind them as they stay in Saint Petersburg to play Belgium.

“We deserved at least one point,” said Finland coach Markku Kanerva. “Belgium are one of the strongest teams in the tournament, it will be a huge challenge for us.

“But the team have shown that they’re capable of competing.”

Finland, making their debut at a major international tournament, had beaten Denmark 1-0 in Copenhagen on Saturday, a game completely overshadowed by Christian Eriksen’s cardiac arrest.

Here it was Russia’s Fernandes, the Brazilian-born CSKA Moscow right-back, who provided an injury scare.

The 30-year-old went up for a high ball in the Finland box in the first half and came down awkwardly, the back of his neck taking the full force of the landing.

He needed to be stabilised and was stretchered off before being taken to hospital.

The Russian team’s Twitter feed later said that tests revealed he had not suffered a spinal injury but that he would remain under supervision while returning to Moscow.

Russia went on to win the game without Fernandes, as Miranchuk turned on the edge of the box and played a one-two with skipper Artem Dzyuba before sending a glorious left-foot shot into the top corner of the net.

That was enough for the 2018 World Cup quarter-finalists to win the game but it could have been very different.

Finland thought they had gone in front inside three minutes when Joel Pohjanpalo headed in a Jukka Raitala cross.

However Pohjanpalo, who got the winner against Denmark, was this time denied as a VAR check confirmed a marginal offside against the Bayer Leverkusen player.

Russia went on to have the better chances and could have won by a wider margin, with Finland goalkeeper Lukas Hradecky producing a superb fingertip save to deny Daler Kuzyaev in the second half. 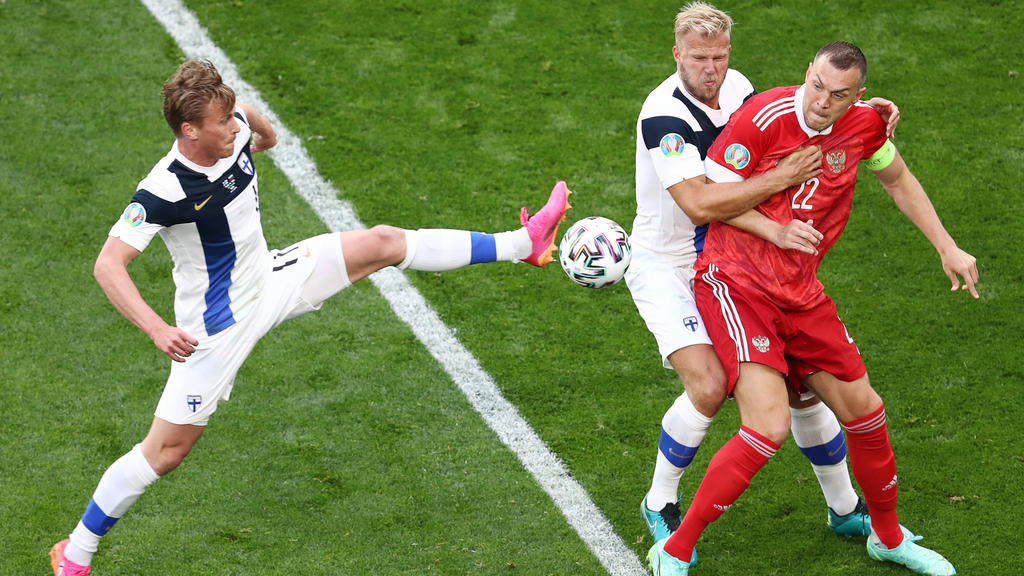