Alvaro Morata earned redemption with a key role in Spain’s dramatic passage to the Euro 2020 quarter-finals after a difficult time with the national team which led to fans savaging him and his family with abuse.

Juventus forward Morata lashed home a brilliant goal in the 100th minute of an epic match at the Parken Stadium in Copenhagen to put Spain 4-3 ahead after La Roja had thrown away a two-goal lead in the final seven minutes of normal time.

Morata calmed Spanish nerves with the sort of composure which he had lacked in the tournament up to that point, cushioning Dani Olmo’s cross with his right foot before arrowing in a left-footed shot that Croatia goalkeeper Dominik Livakovic could barely see, let alone save.

Mikel Oyarzabal made sure of the win that Spain’s performance deserved three minutes later but it was Morata who coach Luis Enrique singled out for plaudits after the match.

“I’ve been telling you this for months, we do not depend on a single player to score goals,” Luis Enrique told reporters after the match.

“I don’t think there is a single coach in the world who wouldn’t admire or heap praise on a player like Alvaro Morata.”

Morata raised his fist to the Spain fans gathered in the southern corner of the Parken and was greeted by rapturous applause, a stark contrast to the abuse he received after his side’s 1-1 draw with Poland which he said he had kept him up for nine hours in the night.

Spain coach Luis Enrique, who said on Sunday that the police should investigate the abuse, was full of praise for the centre-forward’s qualities.

“He is able to give you superiority, he can defend as if he were a centre-back, he dominates in the air, he scores goals and he is physically powerful,” he said.

“We should be grateful that he is Spanish and that we have Alvaro in our team.”

Spain will now face Switzerland in the last eight in Saint Petersburg after France’s shock exit on penalties, giving Spain a theoretically easier path to the final.

However they will need to cut out the silly mistakes if they are to get past the Swiss, who showed on Monday that they are as capable as Croatia at punishing complacency. And if they get past Croatia, Spain will have no margin for error against either Italy or Belgium who would await them in the semi-finals.

Not only did Spain let a 3-1 advantage slip after dominating in normal time, they also gifted Croatia the lead midway through the first half thanks to a bizarre own goal eventually credited to Pedri.

The 18-year-old’s backpass somehow rolled over Unai Simon’s foot and into his own net as the goalkeeper failed to control the ball.

However Luis Enrique refused to dwell on the error by Simon, who also made some great saves.

“The only mistake that we made in this game was the final 10 minutes of the game, when we were winning 3-1,” insisted the coach.

“We should have continued playing the way we had been playing beforehand and not decide to go to long balls and playing a defensive game because that’s not the way I want to play.

“But I’m pleased we got a second chance and were able to win, and we played out the end of the game the way we need to, which is playing and defending with the ball.” 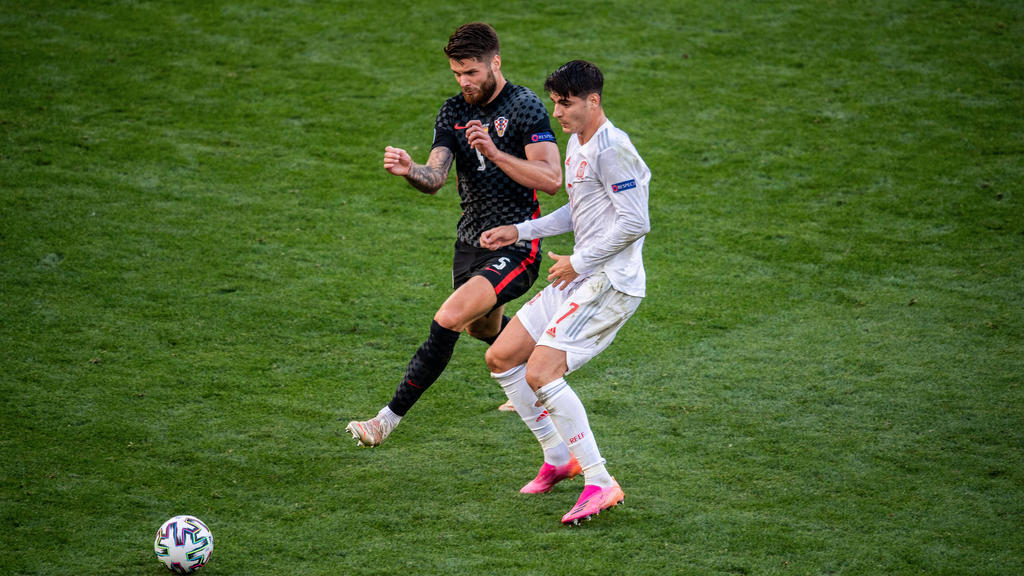