Gareth Southgate has challenged England to exorcise the ghosts of their painful past in Wednesday’s Euro 2020 semi-final against Denmark as they look to reach the final for the first time.

Since winning the 1966 World Cup, England have endured four agonising semi-final defeats in major tournaments, but Southgate is convinced his team are ready to rewrite that bitter history at Wembley.

Beaten in the last four at the 1990 and 2018 World Cups and Euro 1968 and 1996, England are favourites to advance to Sunday’s final after sweeping to the last four with impressive victories against Germany and Ukraine in the knockout stage.

“The prize is one that we’ve never experienced. We’ve never been to a (Euro) final, so it’s a great opportunity for our players to make some more history,” Southgate said.

“These players are making history and breaking barriers all the time, and have done so in this tournament.

“The players are ready. They’ve got tremendous experience having been in this situation before. Our preparation has been calm.”

When Southgate led England to the 2018 World Cup semi-finals in Russia, it was an unexpectedly strong campaign for a team that had suffered a humiliating Euro 2016 exit against minnows Iceland under his predecessor Roy Hodgson.

England’s defeat against Croatia was a disappointing conclusion to their adventure three years ago, but Southgate says the experience has been invaluable to their run at Euro 2020.

“We are ready for the game and the players are ready. We have the experience of being in this situation before,” he said.

“We have always tried to build step by step. You can talk about winning things all you like but until the team has evidence of it, it is hollow really.

“Before the run in Russia we had lost in France and been beaten by Germany and we weren’t beating the top teams.

“On the back of that run to the semi-finals in 2018 we have since won in Spain and beaten Germany the other week, as well as Belgium in the Nations League.

“So there is more evidence and more belief now. You need to be winning the big games and winning them consistently and that has to be the aim.”

Denmark boss Kasper Hjulmand hopes the pressure on England will prove debilitating as 60,000 frenzied fans demand the hosts deliver a long-awaited place in the final.

But Southgate is adamant his players will have no problem dealing with the expectations of the football-obsessed English public.

“We’ve had expectation during the whole tournament and think we’ve dealt with that well in the opening game against Croatia and against Germany,” he said.

“The pressure is what you choose it to be. It’s a motivating thing and a challenge for us.”

Having led England to semi-finals at the World Cup and the 2019 Nations League, Southgate knows it is time to take the next step.

“We expected ourselves to get to this point. We’ve had that internal aim and we’ve not been celebrating the victories in the same way as the World Cup,” he said.

“We’ve moved onto the next challenge quickly and it was the same after the game in Rome (against Ukraine). Our focus was quickly on the game against Denmark.”

But he insisted suggestions he was chasing personal redemption were wide of the mark.

“We’re very excited about the game and know that we are going to have tremendous support throughout the country. That is a great feeling for us.”

England will present a shirt to Denmark before kick-off in tribute to Christian Eriksen, the Danish star who is recovering after suffering a cardiac arrest against Finland.

“Given the fact he played in England and was such an impressive person, we wanted to have that recognition for him and his family,” Southgate said. 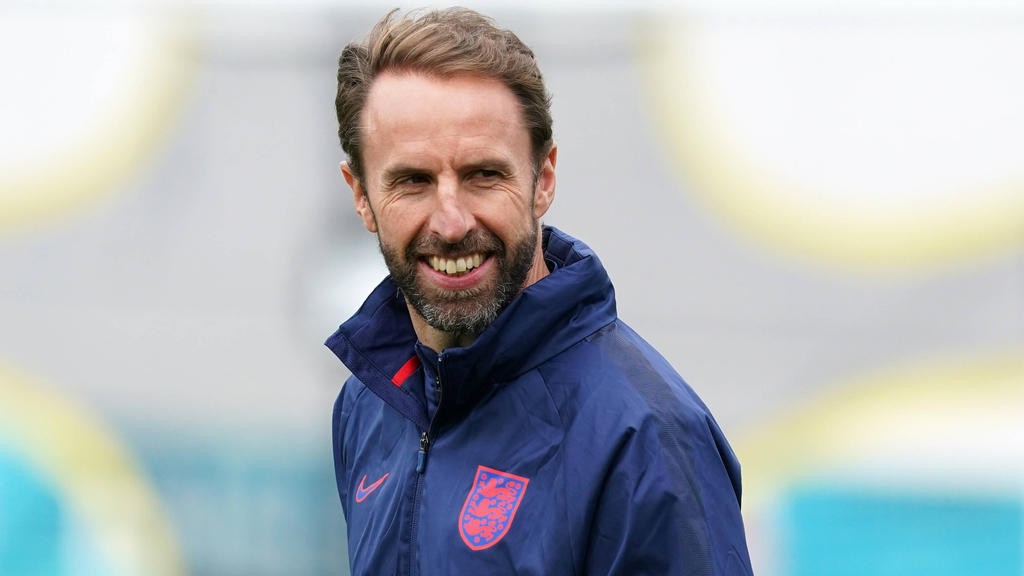