Chelsea moved top of the Premier League after coming from behind to beat Leeds 3-1 on the night 2,00

Chelsea moved top of the Premier League after coming from behind to beat Leeds 3-1 on the night 2,000 fans returned to Stamford Bridge.

The Blues had to bounce back after Patrick Bamford’s early opener against his former club.

But the home fans in attendance after the coronavirus-enforced absence got a glimpse of why Frank Lampard’s remodelled side are now title contenders as goals from Olivier Giroud, Kurt Zouma and Christian Pulisic extended Chelsea’s unbeaten run to 16 games.

Victory takes Lampard’s men — reinforced by a £220 million ($296 million) spending spree in the transfer market — a point clear of Tottenham and Liverpool, who are in action on Sunday at home to Arsenal and Wolves respectively.

Edouard Mendy had conceded just once in six previous Premier League appearances to solve Chelsea’s goalkeeping woes, but the Ivorian was partly at fault as Bamford kept up his fine start to the season after just four minutes.

The Leeds striker never made a first-team appearance in five years at Chelsea but is proving his doubters wrong back in the top-flight. He scored his eighth goal in 11 games with a calm finish to round a hesitant Mendy after Kalvin Phillips’s pass opened up the Blues defence.

Giroud earned his first Premier League start of the season after scoring four times against Sevilla in the Champions League in midweek.

The French international would have had an equaliser earlier had Timo Werner not somehow turned his goalbound header onto the bar from point-blank range.

Illan Meslier had another inspired game in the Leeds goal, but he nearly gifted his compatriot a goal with a poor clearance into Giroud’s path, which he pulled wide.

However, Chelsea were dealt a blow in the build-up to that goal as Hakim Ziyech pulled up with a hamstring injury and had to be replaced by Pulisic.

After the break, Chelsea’s superior class showed to allow Lampard to get another one over old foe Marcelo Bielsa.

Lampard was furious when during his time at Derby, Bielsa sent a spy to the Rams’ training ground before a Championship match in 2019.

Leeds beat Lampard’s men three times that season but lost the one that mattered as Derby progressed to the playoff final with a 4-2 win at Elland Road.

Bielsa’s men bounced back to romp to the Championship title last season and are showing they belong in the Premier League as they more than competed with one of the favourites for the title.

Raphinha blazed over a glorious chance to restore the visitors’ lead early in the second period after Thiago Silva blocked his first attempt.

The chances for Chelsea soon began to flow, though, as Meslier had to make a brilliant double save from Werner before Mason Mount’s goalbound shot was deflected over by Ezgjan Alioski.

From the resulting corner, Mount’s delivery was powered home by Zouma for the centre-back’s fourth goal of the season.

Werner passed up another glorious chance as he again shot too close to Meslier with just the ‘keeper to beat.

However, the German finally made a positive contribution in stoppage time as he accelerated away down the right and squared for Pulisic to get his injury-hit season up and running. 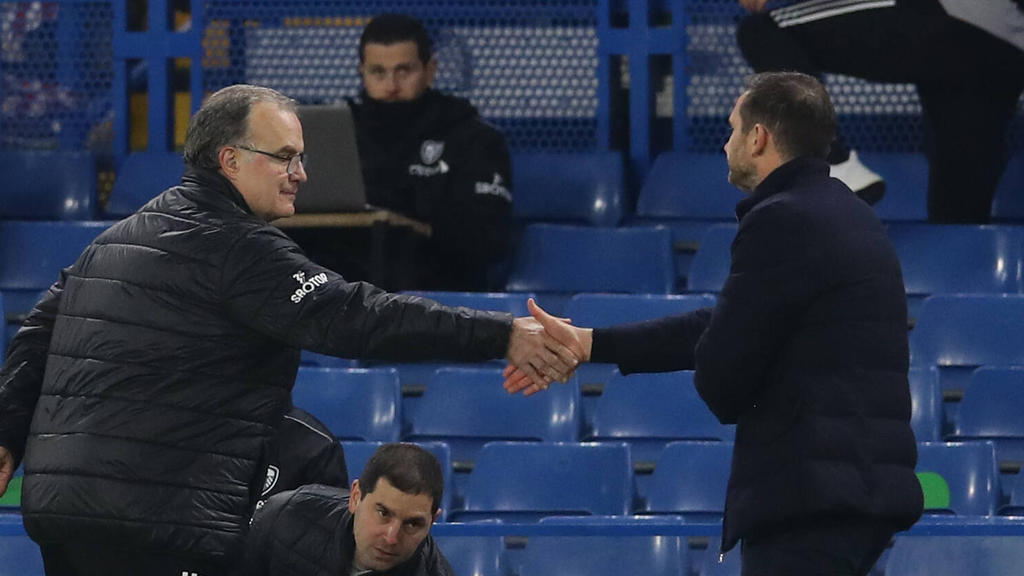