The number of Liverpool fans unlawfully killed in the 1989 Hillsborough stadium disaster has risen to 97, after a coroner’s ruling on the death of a man injured in the crush.

Andrew Devine was badly hurt in the tragedy at the FA Cup semi-final on April 15, 1989 and died after 32 years from aspiration pneumonia.

Liverpool coroner Andre Rebello said Devine’s injuries were considered at a landmark inquest that concluded in 2016 where a jury partly blamed police failings for the deaths.

“The inquest was comprehensive and thorough and arose out of the same circumstances that caused the crush injuries to Andrew Devine, which were to prove fatal 32 years later,” he said in the record of inquest, seen by AFP on Thursday.

“As such, it is proportionate, reasonable and sufficient for me to adopt the jury’s findings and determination in full.”

Devine, 55, was admitted to hospital on July 12 with aspiration pneumonia and fever, and died on Monday morning, the coroner recorded at an inquest hearing held in the city on Wednesday.

The coroner said he was predisposed to the fatal condition, in which food, drink, vomit or saliva is inhaled into the lungs, because of the brain injury he suffered at the match which affected his swallow reflex.

“I find that it is more likely than not that Andrew Devine was unlawfully killed, making him the 97th fatality from the events of April 15 1989,” he added.

Devine’s family said in a statement released through Liverpool that they welcomed the ruling, calling him a “much-loved son, brother and uncle”.

“He has been supported by his family and a team of dedicated carers, all of whom devoted themselves to him,” they added.

The club said it was “deeply saddened” by Devine’s death.

“A lifelong Liverpool supporter, Andrew continued to attend matches at Anfield when possible despite suffering life-changing injuries at Hillsborough,” a spokesman said.

“In doing so he defied expectations that he would not survive for six months after the tragedy.”

Players and staff on Thursday observed a 97-second silence in memory of Devine at the club’s pre-season training camp in Austria.

The Hillsborough disaster remains Britain’s worst sporting tragedy and was caused during a crowd surge at one end of Sheffield Wednesday’s ground hosting Liverpool supporters.

The 2016 inquest came after three decades of campaigning by families of the victims, and found police errors in opening an exit gate before kick-off caused the fatal crush.

Police initially claimed that supporters had stormed the gate. The Sun newspaper is still shunned on Merseyside after it blamed fans, who were exonerated at the inquest.

But South Yorkshire Police admitted after the hearing they got match policing “catastrophically wrong”.

Match commander David Duckenfield was tried twice for gross negligence manslaughter. A jury failed to reach a verdict in the first and he was cleared in a second trial in 2019.

The case against two retired former officers and a lawyer who represented South Yorkshire Police collapsed earlier this year after the judge ruled there was no case to answer. 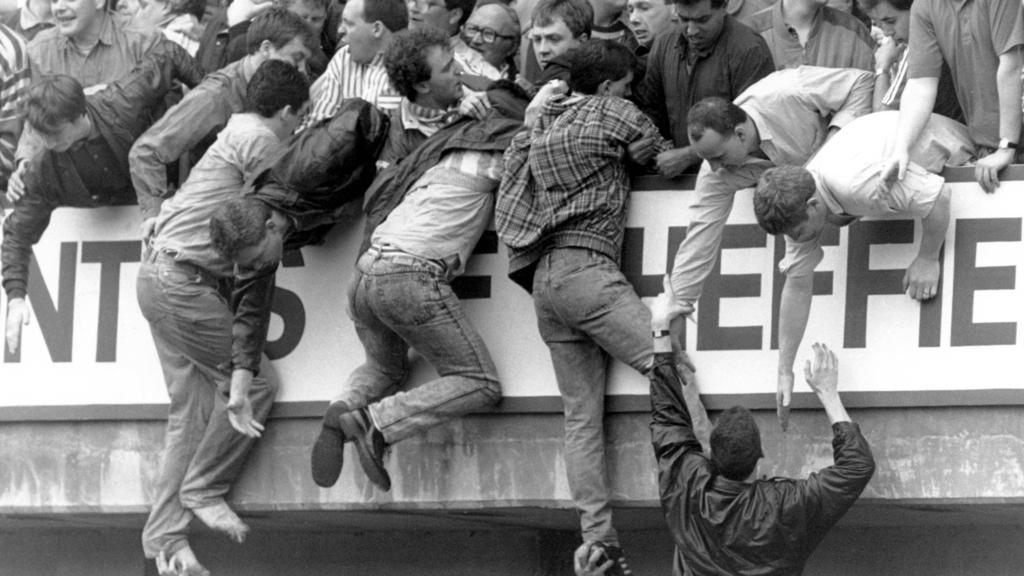 Fulham boss Parker unsure if Burnley match will go ahead