Euro 2020 matches in Dublin and Bilbao are in doubt after Irish and Spanish football chiefs said Wednesday they were unable to give assurances over the presence of spectators, as UEFA extended to April 28 a deadline for host cities to submit fan number estimates.

Dublin was one of 12 cities that had originally until Wednesday to submit their plans to admit fans to European football’s governing body for the delayed tournament, which runs from June 11 to July 11.

The Aviva Stadium in the Irish capital is scheduled to host three group matches and a last-16 game but there are growing doubts over the issue of fan attendance.

UEFA president Aleksander Ceferin has warned that countries that fail to offer guarantees on supporter numbers could be dropped as hosts.

“The Football Association of Ireland, on advice and guidance from the government, has today notified UEFA that owing to the Covid-19 pandemic it is not in a position at this point to provide assurances on minimum spectator levels at the UEFA Euro 2020 matches due to be held in Dublin in June,” the FAI said in a statement.

Ireland has been in a third coronavirus lockdown since late December but will take its first tentative step towards lifting curbs on Monday.

The government has signalled the relaxing of restrictions will be staggered over a period of months after a hasty reopening in late 2020 contributed to a surge in cases.

The Spanish Football Federation (RFEF) said it would be “impossible” to admit fans to games at Bilbao’s San Mames stadium based on the Covid-19 restrictions imposed by the Basque region.

“The requirement to have 60% of the population vaccinated in the Basque Country and the rest of Spain before June 14, or a figure that does not exceed 2% of (intensive care) beds occupied by Covid by the date of the matches, they are impossible objectives to fulfil and will result, therefore, in the absence of the public,” the RFEF said in a statement.

Spanish media had reported Bilbao was planning to accommodate up to 13,000 fans inside its 53,000-capacity ground, due to host Spain’s group games against Sweden, Poland and Slovakia and a round-of-16 match, if health conditions were met.

Earlier on Wednesday, the Dutch Football Association (KNVB) announced it hoped to have “at least 12,000 fans” at the four matches Amsterdam is hosting for the Euro.

The Johan Cruyff Arena will hold the Netherlands’ group matches against Ukraine, Austria, North Macedonia and a round-of-16 match.

The KNVB said in a statement the scenario it submitted to UEFA is based on the “realistic” assumption that it will be able to fill at least 25 percent of the 55,000-seat stadium’s capacity.

It hopes that “depending on the development of the Covid-19 pandemic, there may be a chance to accommodate more fans”.

The KNVB added that spectators wishing to attend matches in Amsterdam will have to comply with the security protocols in place in June and present a negative Covid test result, but warned that the number of fans allowed in could be reduced “if the pandemic worsens in June”.

Tournament director in Amsterdam Gijs de Jong said that “there were no guarantees yet”, adding that he had received the green light from the Dutch interior ministry and Amsterdam city hall to implement the 12,000-seat scenario.

On Tuesday, the head of Italy’s football federation Gabriele Gravina said the Italian government had given the green light for fans to attend Euro matches scheduled for Rome’s Stadio Olimpico, including the tournament opener.

The German FA said it has urged health authorities in Munich to make it possible for spectators to be admitted to matches at the Allianz Arena.

Scotland’s national clinical director said last week that he was confident Hampden Park in Glasgow would be able to accommodate fans for four Euro 2020 matches in June.

Matches are also scheduled for the Olympic Stadium in Baku, the National Stadium in Bucharest, the Puskas Arena in Budapest, the Parken Stadium in Copenhagen, the Krestovsky Stadium in Saint Petersburg and Wembley Stadium in London, which will host the final. 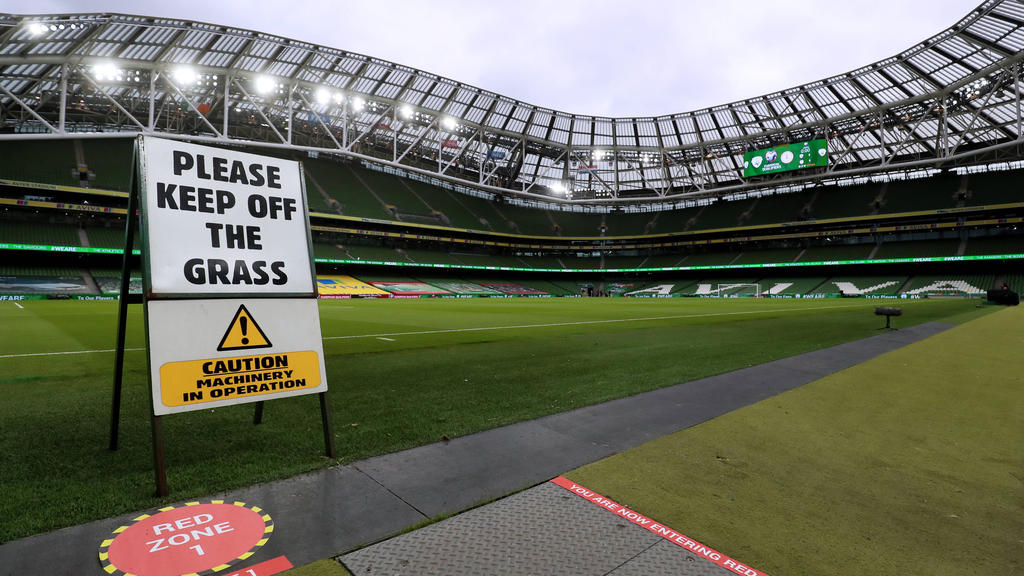